One might think that art can often be a waste of time, although it is undeniable to anyone that the world would look like a drearier and far less exciting place to be in without it. Over the course of humanity’s recorded history, art is seen to have become cemented throughout society, having crept its way into almost all facets of life. This has become especially common within the world of construction, where concrete mixers are often used to create not only houses and other buildings but modern art and abstract structures too. By reading this article over the course of just a few minutes, you can see how you, as well as others around you, can start to express your creativity through construction tools and materials, with or without the use of concrete mixers! 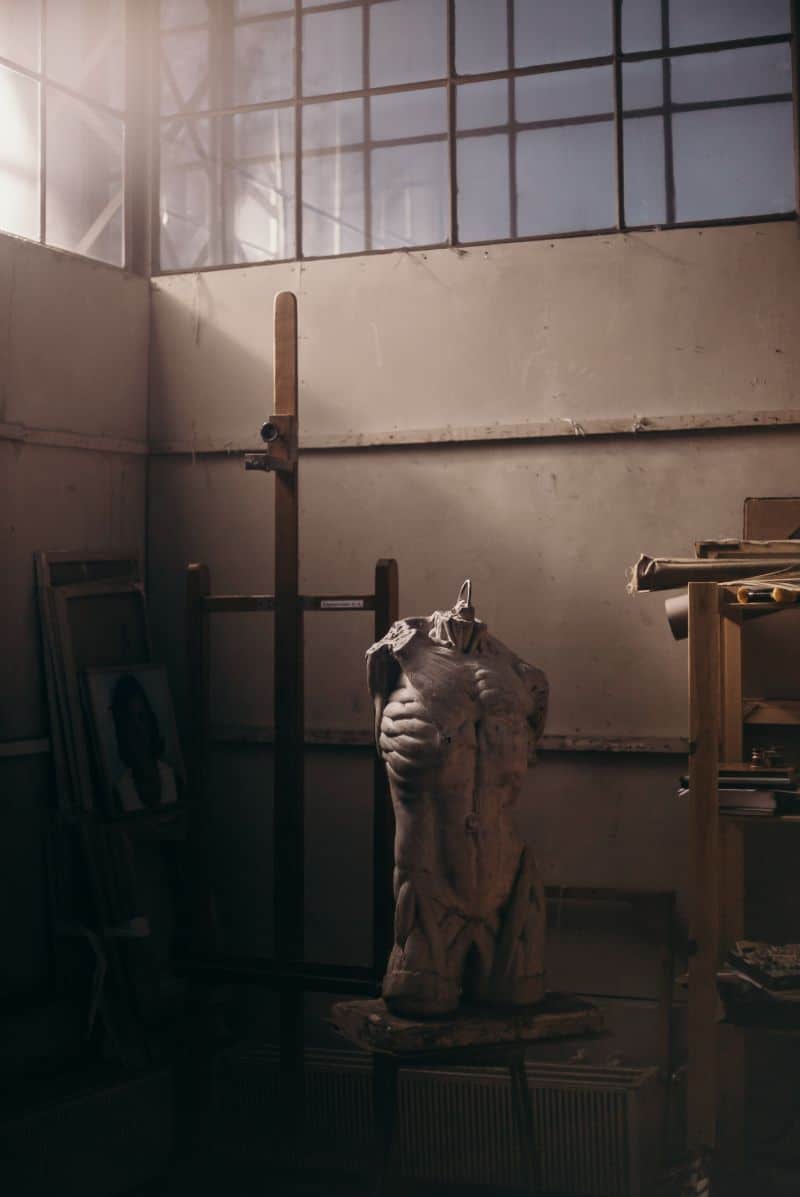 The Origins of Cement Being Used a Medium for Art

Not to be confused with the term ‘Concrete Art’, which was started as a movement in the arts that had a heavy emphasis on abstraction through geometry. This form of art was originally attributed to paintings but the term has gradually become attached to other art forms such as poetry, sculptures, and so on, with very few actually making use of concrete at all. This is not to say that concrete has never been used as a medium for art, as this could not be further from the truth. 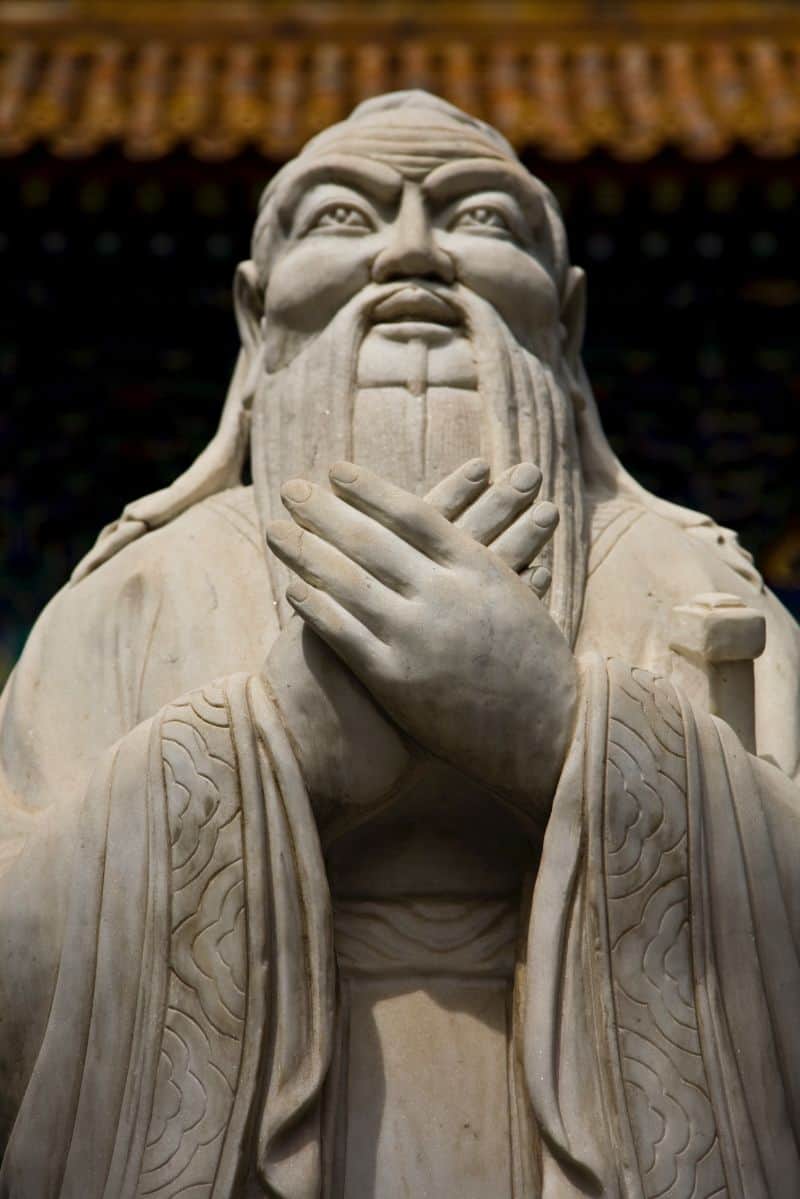 With art slowly becoming more prevalent in our society, allowing more people to join in and start making their own, whether as a job or even recreationally, and art being a crucial ingrained characteristic of human evolution, it was only a matter of time before cement would be added into the mix. . In fact, art in itself may have first been introduced into our society since as far back as 29 000 BC to 700 000 BC in the form of the Bhimbetka Petroglyphs, a number of cup-shaped holes that were carved into the cave and rock walls in Madhya Pradesh, India.

While not generally considered to be a work of art, buildings from as long back as 5 600 BC have been known have used concrete in their construction, the most notable example from this era would be the cabin found in Lepenski Vir in Serbia, where the concrete flooring can still be seen standing to this day. This historical site, when unearthed, was found to have been over 8 000 years old and was used for a variety of social interactions such as religious practices, art, and even architecture that spanned across both the Mesolithic and Neolithic periods.

It was during the Roman era, however, that the use of cement would start to become more elaborate. By turning to concrete and cement rather than brick and stone for building, new designs and methods of building were implemented and iterated upon, which included vaults, arches, and domes. This would later lead to the start of the Roman Architectural Revolution, which has since had an ever-present impact on architecture up to and including the modern-day. It was during this era, that people would start to notice just how versatile the medium of concrete and cement really is.

With a building material that is as strong and as durable as cement, along with our potentially hundreds of thousands of years’ worth of history in the arts of various genres and applications, it is not at all surprising to see how creative people can get when applying the two together in our modern-day. Today, cement can be seen in buildings, walkways, bridges, and much more for their practical use, but has also become popular to use in paintings, whether as the canvas or the paint itself, as well as in sculptures and ornaments for their aesthetic appeal.

Modern Examples of Cement Being Used as an Art Form

When thinking of cement being used in practically any form of art, most people would often initially think of large vases and pots, or even multi-coloured flooring. While this is a highly prominent use for cement in the art world, it has become so widely used that those artists that are using these applications have begun to struggle to set themselves apart from the rest. Artists such as Neil Hughes and Adrian Gascon, however, have become rather well-known in the art world as well as construction for their use of concrete, incorporating design and practicality that allows their work to be enjoyed and used in a number of different ways.

With their California-based company, Multiple Use Unlimited Design (MUUD), having found great success in the way they build custom waterfalls, where cement that used glass fibre reinforcement allowed for elaborate and often complicated structures to be formed that would have otherwise not have been possible. While Neil works as the flat-counter/surface specialist, Adrian is instead in charge of handling the decorative aspects of the job, allowing them to do what they are both best at to come together to make something even better. Adrian has even said, “I like the material because I can make my own formula. That offers me consistency, and that is important in creating a dynamic piece. You need to know the characteristics of your material every time.

Moving away from sculpting work in the garden towards something that is more closely and directly associated with art, you can also see that cement has become a rather inventive medium to use on the canvas as opposed to painting. Modern-day artists tend to use cement, paint, varnish, plaster, and even graphite along with many other forms of building and construction materials in their works. One such artist, Andrew Crane, tends to use thin layers of cement as the base of his paintings and has admitted that his lacking plastering skills are less of a hindrance and more of a help as the surface results in strange anomalies and imperfections, which can often provide some form of structure to the composition of his paintings. 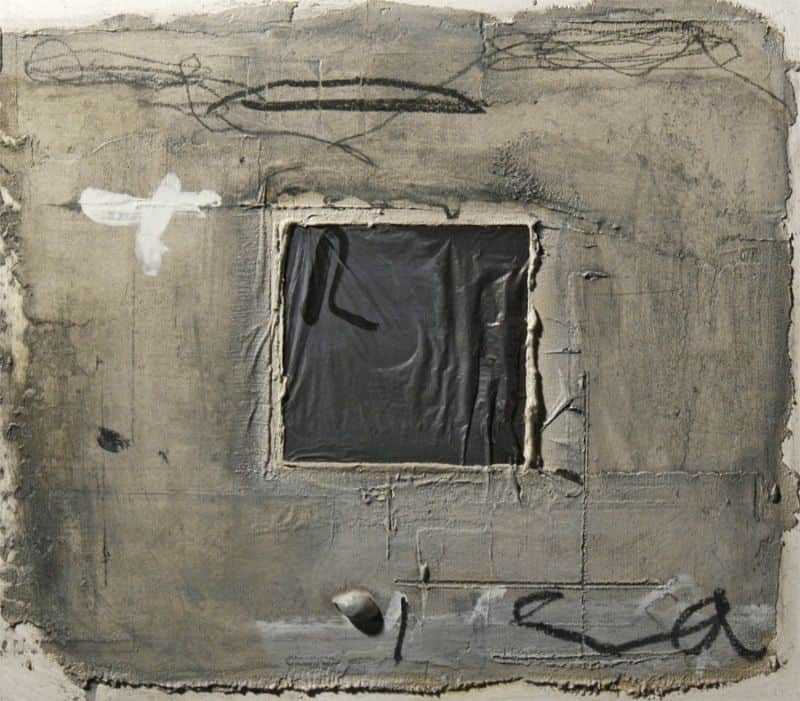 Another artist that has become recognized for his use of this medium would have to be William Hall, who grew to love the versatility that cement could provide while constructing his own home in Texas. William has said that due to the amount of cement that was used on his home, ranging from pouring slabs to laying tiles, etc. he began to notice how good it felt to work with cement, almost starting to speak to him even. Through the process of working on his home, he was revealed to the new surfaces, textures, and colours that were rarely ever seen or used in art. 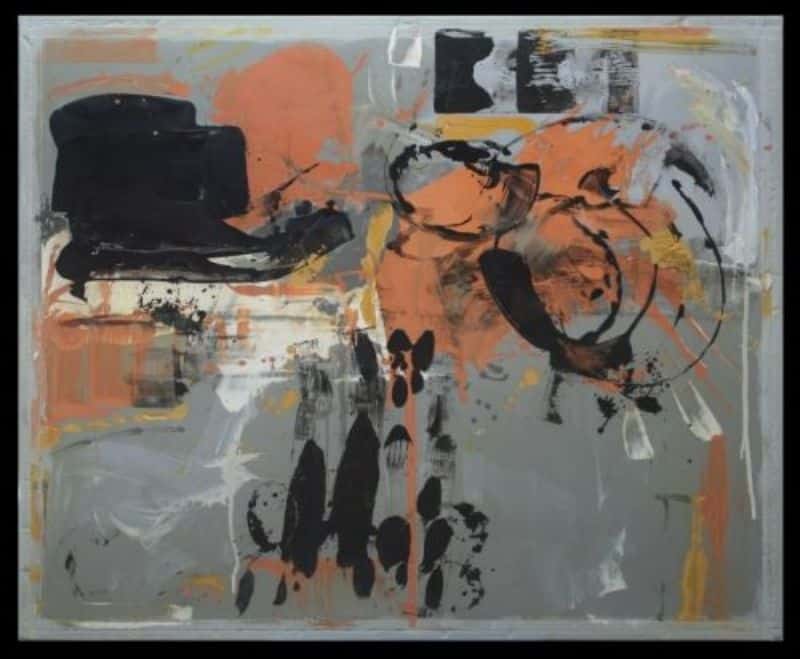 How You Can Start Using Cement Creatively in Your Own Home

While not everyone may have easy or affordable access to concrete mixers in order to decorate their gardens with a more hands-on approach, there are still plenty of ways that you can get creative with the medium This can be done in two ways, either by mixing your concrete by hand or by purchasing premade concrete decorations such as stools, pots, statues or even abstract sculptures for a more modern aesthetic.

If you are looking to mix your own materials without the use of concrete mixers or professionally hired help, then it is crucial to remember the correct combination and ratios of cement, gravel, and water. You should also have a clear plan of what you would like to accomplish throughout your garden and home. This will then allow you to become more prepared for the task at hand, as you will have a clearer idea of how much materials you would need, as well as where each of your projects will be placed once completed.

Since DIY projects such as this have become far easier to get into through the seemingly endless resources that are nearly always available to us, many homeowners have begun to amaze themselves as well as like-minded enthusiasts from around the world. Through hard work, determination, and a passion for the medium, people have begun to redo everything inside and around the house, ranging from their patio tiles to their mailbox, their small pots to their large vases, their birdbaths to their entire braai areas too, you name it. Getting started with any of the ideas that have been sitting with you just requires you to find the best supplier of construction tools such as concrete mixers and more and what better place to look than BS Power.

Order Your Concrete Mixers and More from BS Power Today!

There are currently many reasons that stand in the way of people and the dream DIY projects that they would just love to live out. These reasons often include the about of time and resources it takes to complete these projects, as well as the costs involved with carrying them out. By shopping with BS Power, however, you can expect the costs of these projects to drop while simultaneously increasing the convenience of completing them. This is because BS Power has a wide selection of practically any of the construction tools that you would need, many of which are sold and delivered directly to you at prices that very few of our competitors have been able to stand up against.

While many of our clients do initially come to us for our comparatively reduced prices, they tend to stay for the excellent service that our knowledgeable and friendly staff and employees are able to provide. With over 100 years of service combined across each of our employees, there are no questions or queries that we cannot help you with, ensuring that you are always given the answers you need without a second thought. In fact, our website is currently filled with articles containing an abundance of tips, tricks, and interesting topics regarding the field of construction, both on small and large scales. These articles are all free for you to read through without the need for payment, as we at BS Power have remained dedicated to providing you with the help you deserve.

When shopping at BS Power your needs are put first, no matter where you happen to live. It is true that our only physical location is in the Brackenfell area within Cape Town, this has not stopped us from helping clients throughout and surrounding South Africa, including countries such as Namibia, Mozambique, Swaziland, Zimbabwe, Botswana, etc. Our deliveries fees can also be negated if your order adds up to or exceeds R5 000, but will otherwise be calculated accordingly based on the weight of your purchase as well as your area code. To get started, however, you simply need to click the “Contact Us” button that can be found at the top of our website’s homepage, where you will then be given a number of options in regards to making contact with us.